A Memorial Fit for a President

The date was July 2, 1881. Just four months after being sworn in as president, James A. Garfield was shot twice by Charles Guiteau as he prepared to board a train at the Baltimore and Potomac Railroad Station in Washington, D.C.

However, he did not immediately succumb to his injuries. He died 80 days later on September 19, 1881 of an infection due to unsterile fingers and instruments used by the physicians to find the bullet. President Garfield was in office for just 200 days.

While his time in office was short, President Garfield had long served his country; first as a Brigadier General during the Civil War, elected to Congress in 1862 and the U.S. Senate in 1880, and finally as President in 1881. Not long after his death, The Garfield National Monument Association was formed. The committee included some of the most well-known names in Cleveland: Cleveland Mayor RR Herrick, Jeptha H. Wade, Henry P. Payne, Joseph Perkins, and James H. Rhodes. The committee took on the task of raising funds to memorialize President Garfield at Lake View Cemetery, and rallied the public behind their efforts. With a total of $125,000 received, an international competition for the design of the monument commenced. 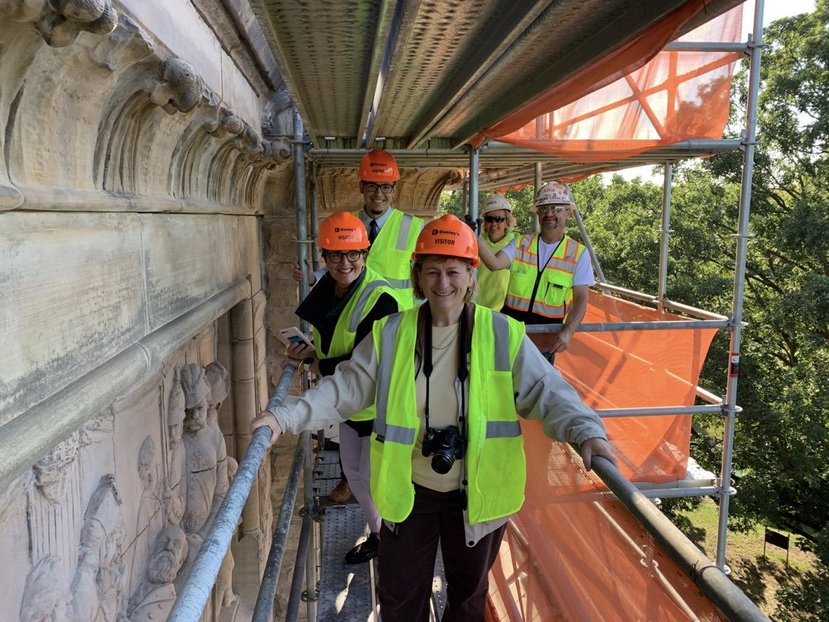 The location for the monument was to be Lake View Cemetery, but the specific location within the Cemetery was chosen for the very reason that today so many visitors enjoy the view from the top of the monument. President Rutherford B. Hayes remarked on the site in his personal diary: “From this point there is a noble view of the city and suburbs and of Lake Erie for many miles. The monument will be like a city set upon a hill, in sight from land and lake.”

The architect that was awarded the design of the monument was George Keller from Hartford, Connecticut. Keller submitted a simple sketch of a tall, round tower surrounded by a deck. Keller explained that the grandly preeminent tower form reflected the high regard people had for Garfield. Keller accepted a $1,000 prize as part of his fee and traveled to Europe to find inspiration in the Byzantine and Romanesque architecture found in Italy and France, which would ultimately be reflected in the final design and construction of the monument.

“From this point there is a noble view of the city and suburbs and of Lake Erie for many miles. The monument will be like a city set upon a hill, in sight from land and lake.”

Four years after Garfield’s death, construction began, and the arguments and debates over materials, design, and the foundation began. The adequacy of the foundation design was questioned by the local Civil Engineers club. Arguments ensued between the engineers, Keller, and the construction teams about the clay and shale foundation and the impact of freezing and thawing. The debate continued over the use of Berea sandstone instead of granite with the thought that sandstone had little resistance to frost. Even the height of the tower was a point of contention, with some believing that the tower might crack and fall.

In 1888, the sculpture commission was granted to Alexander Doyle. The statue and plinth were cut from one piece of Carrara Marble from Italy, and it was installed in 1889. As the artistry of the monument itself came together, terracotta relief panels designed by Casper Buberl depicting Garfield’s life were installed. On May 20th, 1890, President Garfield’s body was transferred to the crypt, and the Memorial was dedicated on Memorial Day, May 30th, 1890.

Since its dedication in 1890, the monument has undergone repairs, alterations, and updates. Research shows maintenance has been performed as early as 1900 and in every decade to follow. In 1984, Robert C. Gaede Architects were retained to conduct a restoration and stabilization of the structure, and the newly formed Lake View Cemetery Foundation raised 1.6 million dollars to make the improvements. Managing moisture in and outside of the monument has always been a challenge. The work in 1984-1985 included masonry and joint work, the horizontal decks, drainage, a sanitary line, cleaning portions of the main rotunda, heating and ventilation, and electrical.

In 2013 an additional assessment was performed by the architecture firm, Westlake Reed Leskosky. It identified concerns that needed to be addressed immediately including conditions that were affecting the structure of the monument:

In 2016, lower level structural improvements were made to replace rotting beams that had lost 50% of their load bearing capacity.

Recent visitors to Lake View have seen that scaffolding is surrounding the Garfield Monument as the next phase of the restoration begins. In addition to cleaning the entire exterior of the structure, tuck pointing will take place, and the stained-glass windows will be upgraded and restored while maintaining historical integrity.

Over the entrance door, on the inside, are seated allegorical figures of “WAR” and “PEACE.” Underneath is the inscription: Erected by a grateful country in Memory of James Abram Garfield, 20th President of the United States of America, Scholar, Soldier, Statesman, Patriot. Born November 19, 1831; died September 19, 1881.” The leadership of Lake View Cemetery is committed to its stewardship role. The undertaking of this historic restoration is no small feat. Donley’s, Coon Restoration, and American Scaffolding along with a dedicated team at Lake View are working to ensure the Memorial is restored to its full glory. Rest assured that it will, as it always has been, a Memorial fit for a President. 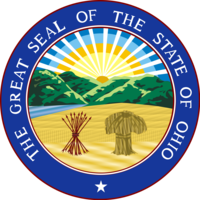